Home/Views/China Leads Growth in Global Wealth
China Leads Growth in Global Wealth
“We need to collectively stop funding Communist China, we are funding the eventual totalitarian global control”,  Quote from Not Made In China Directory
Below article: Credit: Copyright 2021 Investopidia
Global wealth has tripled in the last 20 years, and China has overtaken the U.S. as the nation with the highest net worth, according to a new report by consulting firm McKinsey.
China’s wealth has rocketed to $120 trillion from just $7 trillion in 2000, accounting for roughly a third of the world’s growth. China had joined the World Trade Organization (WTO) in 2001, which helped accelerate its boom. Meanwhile, net worth in the United States doubled over the same period to $90 trillion.
The report focused on ten countries that together account for about 60% of the world’s GDP: Australia, Canada, China, France, Germany, Japan, Mexico, Sweden, the United Kingdom, and the United States. China accounted for half of the growth in net worth since 2000, while the U.S. followed at 22%. Japan, which accounted for 31% of wealth across the ten countries in 2000, held just 11% of the total in 2020. 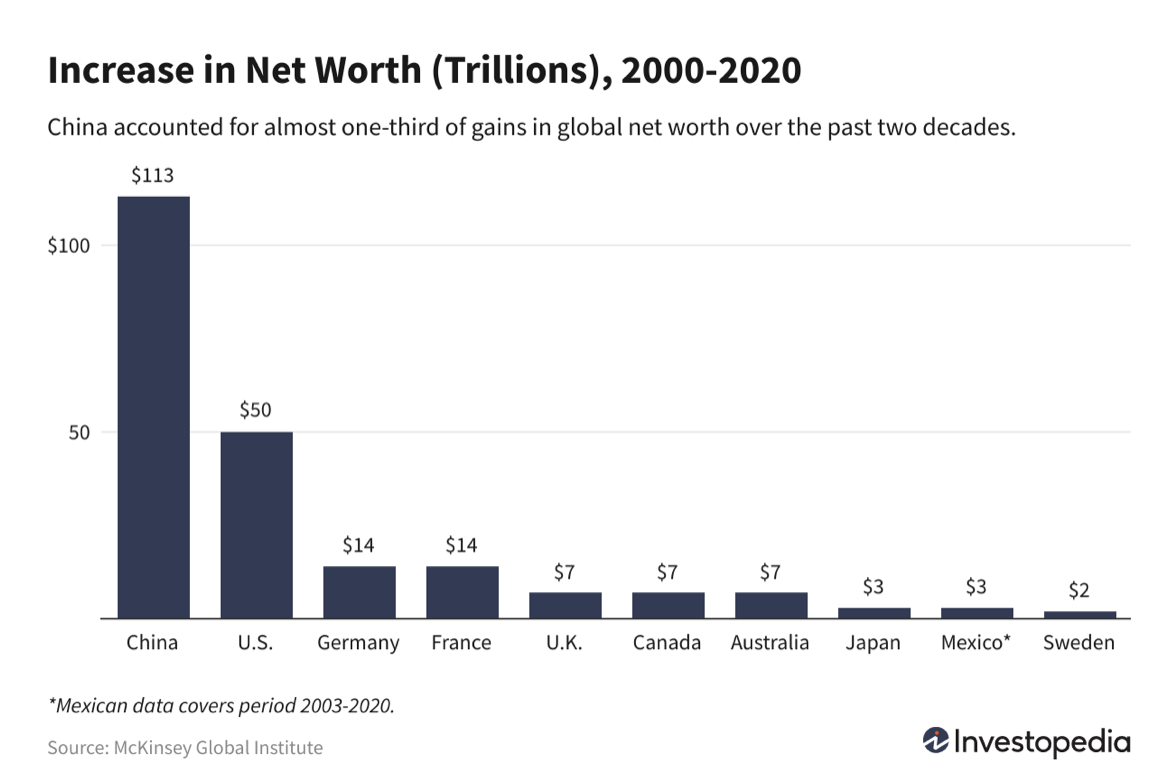 A central finding of the report was that the historical link between the growth of wealth — or net worth — and GDP has been broken. Economic growth has been slow over the past 20 years in these advanced economies, but net worth has soared relative to growth.
The change is largely driven by rising asset prices and lower interest rates. According to McKinsey, asset prices are now almost 50% higher than the long-run average relative to income.
Credit: Copyright 2021 Investopidia
2021-11-25T03:44:30+00:00November 25th, 2021|Categories: Views|